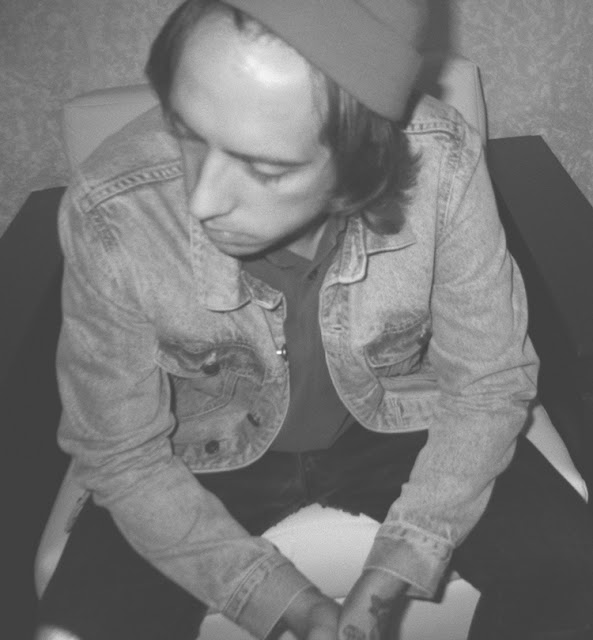 Cypher Sanctuary is a project of Vitaliy Bogachev, singer/producer from Moscow, Russia, this ex-IT professional took his experience into the music field. Bogachev grew up in a family of music teachers and started making music at the age of 4, then later had plenty of projects in the Moscow underground scene, playing in rock or metalcore bands and later moved to the electronic music scene with post-industrial/hip-hop project called Shintai. In the period of 2015 – 2017 Bogachev took part in a local IT startups as an engineer, getting inspiration for his upcoming Cypher Sanctuary album.

We caught up with Cypher Sanctuary on studio experiments and sci-fi influence:

For anyone unfamiliar to Cypher Sanctuary’s cosmic soundscapes, how would you personally describe the music you produce?
It’s bassy dance pop music with some punk vibes in it. Rolling Stones’ Metamorphosis era with grimey beats at some point.

Your latest album Sanctuary is an experimental journey through the unknown; glitchy electronics, heavenly atmospheres etc. How would you describe the process of recording this album?

I was collecting natural sounds a lot, making field recordings in the night forest and then processing it into synths. Recording my last release was going parallel with recording an EP, so these two releases are connected, they both grow up from the same grounds. If Sanctuary LP is an Earth, then Chrome Dynamics EP is it’s Moon. I also started using neural networks on the album, generating MIDI on Tensorflow Magenta and then experimenting with it. The album sounds very electronic and synthetic but I used a lot of acoustic and natural analog stuff. For example, percussion for the track ‘Yeshua’ and others were recorded on the countryside house of my friend’s – we were punching barrels with water, throwing stones on a wall and doing a lot of stuff like that.

Was there any particular inspiration behind writing the track “Raycity Speedrunner”? And where do you usually like to seek inspiration from when writing music?
This track was inspired by ‘70s and ‘80s sci-fi aesthetics. It’s inspired by future noir stuff, ‘70s sci-fi. Books give me a lot of inspiration. I’m a huge sci-fi and fantasy fan since I was a kid. Working on this album, I also watched plenty of classic noir movies like Third Man and Maltese Falcon etc, and some Russian movies like ‘Rublev’ and ‘Shadows Of Our Forgotten Ancestors’.

How would you describe Moscow’s live music scene? Is there anything you would like to change, or improve about it?
Moscow’s scene is great. We have a huge amount of talented artists and there’s a lot of raves around, but I think we need more venues. We have some kind of underground renaissance now. Sometimes if feels like we’re kinda isolated from the rest of the world, but it changes, Russian artists start to spread around the globe slowly.

Could you take us through a typical day in the studio? Where do you start, and where do you end?
I make music at home mostly. I usually wake up at 9, have breakfast and go to the local forest, walk around and think. Then I come back and start working on my music til about 1. At 1, I usually eat and then read some books, then work again and at 4, and then I’ll go jogging, come back home and drink tea with some cookies. At around 6 I’m taking a rest and don’t listen to or make much music, in the evening I play retro video games like some Super Nintendo stuff or PS2.

If Cypher Sanctuary could collaborate with any artists on the planet, who would it be? And why?
U2 or Radiohead, I love them!

What does the future hold for Cypher Sanctuary?
I’m working on a new music and preparing a release on my label for Noirmorning. I also have shows in Europe this autumn. I’m focused on live shows now mostly, and the closest one is in Marseille, France at the Paillettes party on 28th Sept. We are also making a party together with BRAT Records in Moscow this autumn. There’s a lot of work to be done with the label and my upcoming release!

In conversation with Cypher Sanctuary